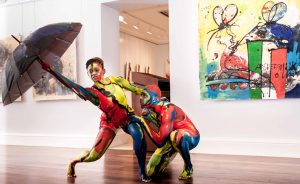 Surinamese artist, George Struikelblok opened a window to his soul at a private view of his exhibition UnSeen which ends today at the Queen’s Park Gallery.

In his 30 or so years as an artist, Struikelblok has shown his work around the world but this is his first solo exhibition in Barbados.

At the tender age of thirteen he began his love affair with art after being inspired by a friend to take up drawing lessons. In his early work he admittedly had a great admiration for impressionism, however after experimenting with different styles in search of his own, he finally found a theme that really spoke to his soul. It was a subject that had influenced his entire life to date – ‘Love & Death.’ His work then became more abstract, emotional and impulsive.

National Cultural Foundation (NCF) Curator for Queen’s Park Gallery, Janice Whittle described his work as being very different, full of expression and stylistically mirroring the changes in the seasons of his life.

The exhibition UnSeen is a reflection of the overall ‘Love & Death’ theme showing the dark and light periods of his life. As evidenced by his work, his

paintings moved from sombre and dark to the exploding kaleidoscope of colour for which he is best known. UnSeen is a reference to his family ties, displaying art from his past to today that have had a personal and emotional connection to his life.

The death of his father before he was born brought with it numerous questions, a never-ending sadness and emptiness, all emotions that he in turn channelled through his art.

Struikelblok in his own words noted, “Having my own family has inspired that change in me and in my work. Missing my father is still important, but now I primarily express the love and connection I share with my family. Being open to change, embracing the things in life that are most important, now influence the direction of my work.”

In an informal interview with Curator of the Queen’s Park Gallery, Janice Whittle, Struikelblok agreed that it is not enough to wait to be discovered and offered these few pearls of wisdom to young artists:
• Stay focussed, you are your own boss and your business is to show your art. It is now much easier to do so with the internet, websites and social media.
• Use every opportunity to show your work and be prepared – always travel with your CV, business card and portfolio – you never know who you will meet.
• You can’t wait for things to happen you have to make it happen. 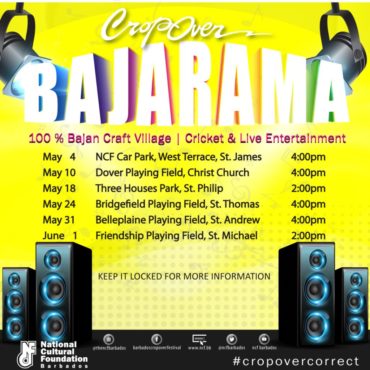 BajaRAMA speaks to our Roots, Art, Music and Agriculture – elements that make Crop Over, the Festival it is today. Built on the foundation of community and culture, the [...] 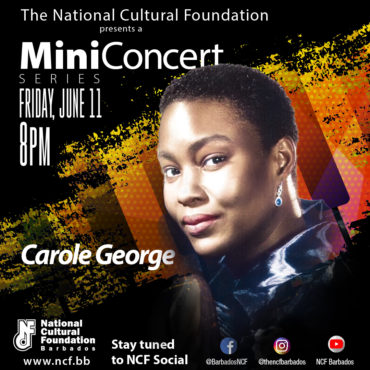 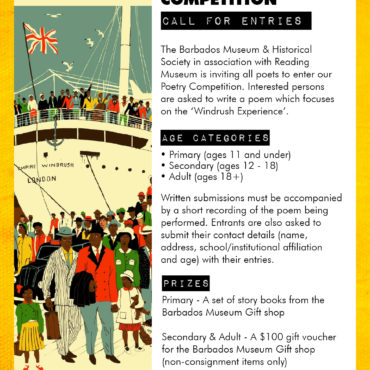