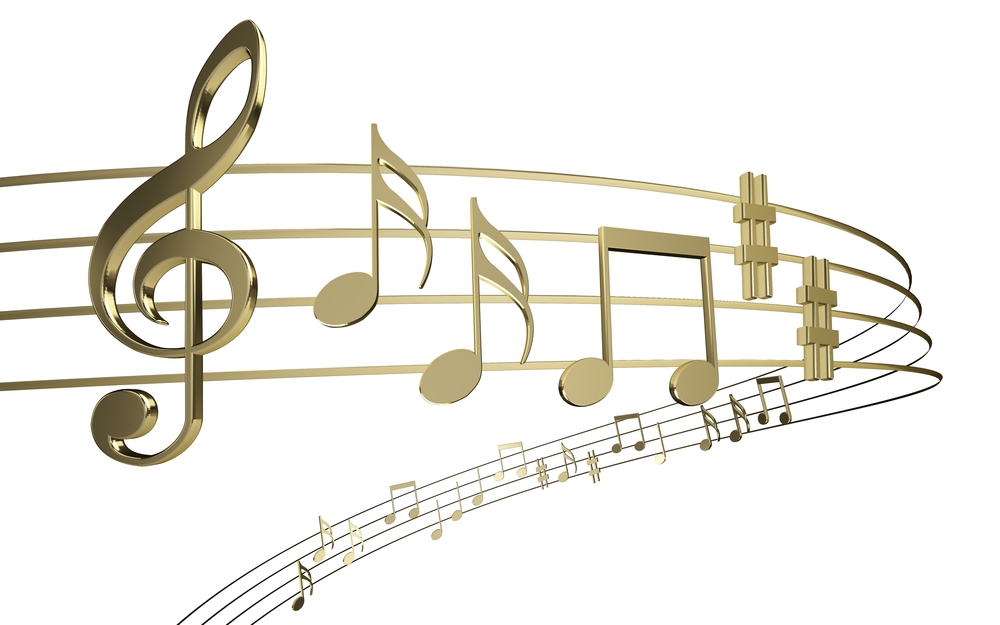 At age 14, Janice passed Grade V111 with Distinction in the Associated Board Examinations in both the violin and piano.

From an early age Janice decided that she wanted to pursue a profession in music.
The family house ’Jamdor’ at Maxwell Road was always filled with music – whether it was her parents giving lessons, one of the siblings practicing or having a ‘Jam ‘ session .

Success in French and Music at A Level ( General Certificate of Education ) sealed a Commonwealth Scholarship for her to pursue her dream at The Royal Academy of Music London.

But Janice was not only exposed to performance during the Associated Board Practical examinations.

The students at Queens College looked forward to lunch break when Janice played the piano in the gym. They also danced when the calypso and popular pieces were played.

She made her first public solo debut in 1964 in the Queens Park Theatre as a recitalist in both piano and violin – The Barbados Arts Council Young People’s Concert Series.

On the 1st. September 1967, she played at Combermere School as one of the first violins in The Barbados Strings which was founded in 1964 by her father.
This was her last performance in Barbados before leaving on the 15th. September for the Royal Academy of Music, London.

There she studied piano and violin as double first study and was a member of New Symphonia Orchestra, Leader of Goldsmith’s Youth Orchestra, Deputy Leader of Royal Academy of Music first Orchestra and a member of the London Philharmonic Orchestra.

Eager to share her musical knowledge, she returned home in September1970 and filled the vacancy of Head of the Music Department of Harrison College until 2005.
Her music department involved teaching music theory, teaching musical instruments and preparing students to sit the Associated Board Practical examinations Grade 1 – Grade V111.Tutors were elected from the Police Band and other mutual sources to involve classical, jazz and popular music.
In 1992, the music staff moved from 1 to 9 persons.
A Music Club was created and provided opportunities for student’s creative development.
Music Business Component was also introduced.

In 1972, the Barbados Symphonia was formed out of a nucleus of the Barbados Strings. Wood wind and brass were added to the strings.
Janice took over as the Musical Director, Conductor and Violinist for 12 years.
This gave players an opportunity to express themselves via music and also express themselves with each other.
This was an incentive for young instrumentalists to aspire to join the Barbados Symphonia and an opportunity for the public to attend live performances.
Funds were used to purchase music scores and music accessories.

But Janice did not forget her performing talents and continued to practice towards upcoming recitals.
The year after her return to Barbados, she performed on the violin at Harrison College Hall.
The following year was a piano recital.

Recitals were not confined to home as Janice has performed in abroad as a violin and piano recitalist.
She has also performed as a professional accompanist for vocalists and instrumentalists for popular and classical artists, and has also performed at various state functions at home and round the region.
It is not surprising that Janice performed in over 7 Caribbean countries.
Travelling was one of her hobbies.
Her musical expertise was also heard on television and local radios.

Janice entered and participated in the 2nd Annual International Audio-Video competition sponsored by the Association of Professional Pianists and Piano teachers of the Americas held from November 1995. Janice was a winner in the professional category and was invited to perform in the Steinway Hall, New York, on September 21. 1996.

Her performance at NIFCA won her the Gold medal and Best Instrumentalist Award.

The same year Janice received a Gold medal at the Concours Inter-Caribe piano competition in Guadeloupe.
This encouraged her to enroll her students in the competition in the following years.

In her continual development as a professional musician, Janice has always seen the need to improve her knowledge for her benefit as well as for the benefit of her students.

In 1976, she received an open scholarship from Berklee College of Music, Boston, Mass, to study jazz education and methodology.
This was the stepping stone for three of her students who she referred to Berklee College – Andre Woodvine – flute, saxophone
Nicholas Brancker – piano , keyboards
Roger Gittens – keyboards

Janice obtained a Certificate in Education Management and Administration in 1985 from UWI Cave Hill Campus, Barbados, and in 1991, a Certificate in Small Business Management, Women in Development, Barbados. She also attended the Florida State University, Tallahassee, 1989.

With this expertise, it is not surprising that Janice formed and operated M & M Music Centre Ltd.- The total Barbados Music studio.
This introduced a novel approach to teaching from age 4 to adulthood in the region. It utilised North American, European and Caribbean concepts, offering professional tuition opportunities in classical, popular and folk areas. Seminars, workshops and lectures were organized about Caribbean music and its contribution to world music for the calypsonians and the music business personnel.

Her contributions to music led to her involvement in many music committees, organizations, seminars and workshops both locally, regionally and internationally:-

She was a Former member of National Culture Council, Advisory Committee on Culture and the founder member and organizer of the Music section of the first NIFCA , Barbados.
Janice was also a judge at NIFCA and Crop Over.

1978 – Janice was assigned by the Organization of American States to help develop a music school and provide violin tuition in Port-au-Prince, Haiti.

She was also the Chairperson of the Committee to submit proposals to Government for a Music School in Barbados.
Final report was delivered late 1983-84

At the Cultural Promotion workshop at University of the West Indie the theme was the
Historical Development of Caribbean Music and Its Influence on People.

1990 Janice served on the Advisory Committee to the Division of Fine Arts, Barbados Community College an in 2002-2004, a Member of the Management Committee of the National Youth Orchestra.

Janice was also involved in the CARICOM Advisory group to finalise plans for the establishment of the Caribbean Inter Cultural Music Institute and the Development of pan.

Regionally, she was the Founding member of the Association of Caribbean Music Educators [ACME ] and was the President from 2002 – 2005.
This was a very active and vibrant association.

Many workshops and committees involved travel to South America, The Caribbean, USA, UK, Europe and as far as Australia.
There she represented Barbados and many Regional and International Boards and Councils.

Janice had a special interest in Ethnomusicology.
Her research can be read in magazines, including local BIM and New Bajan magazines.
“Music – an Expression of a People”, “The Power of Calypso” and “The Landship Movement “ are some of her authored works.
In 1998,’Music in the Cultural Tradition of Barbados’ was published in The Garland Encyclopedia of World Music, Volume 2.

In addition to Janice’s commitment to Harrison College, her teaching ability was very active throughout the island’s educational system:-

Served as part-time Lecturer at the University of the West Indies, Cave Hill Campus and devised and managed the two courses Music and Culture and Fundamentals of Music from conception in 1990.

1997-2000 – Served as a panel member for Music for the Caribbean Examinations Council to introduce music at CXC level for the first time in the region.
Was also an examiner for CXC music.

1987 – Janice was the Founding Member and President of the Barbados Association of Piano Teachers, [BAPIT] – Motto – Piano is for everyone Keep music a part of your life.
Janice was the coordinator and organizer of all their seminars, educational workshops and performances, in association with International Piano Teachers Consultants [ London ],
and the School for Continuing Studies, Barbados.
Aims – To assist teachers to become acquainted with new developments in teaching methods and exam requirements
Participate in seminars, lectures, workshops and demonstrations
Study different aspects of music, music education and specifically piano teaching
Follow new developments in the music scene
Host concerts of relevance.
Persons who participated in the BAPIT Assessment series received awards at the piano showcase concerts.

Janice’s creativity and precision was exemplified in her musical productions and arrangements:-

She was involved in all presentations for the Harrison College Ensemble and for Speech Day, Official and Formal occasions at Harrison College – students will remember
Oliver, C Sharp, Soiree Musicale, Fusion 1982, Reunion 1986 and Collegiate Pot Pourri 1988

Producer and arranger for Wendy Alleyne and the Dynamics, Local Barbadian ‘pop’Group, 1975-79.
Produced their album ‘LOVE’ .

Several arrangements for local choirs, bands and calypsonians including those for her son Miles, ‘The Mighty Puma’: ‘Family Tradition’ and ‘Keep My Appointment’

Producer and Director of the first Heroes Day – Presentation at the Esplanade[1999].

Musical director, conductor and arranger of ‘A Light Arising’ for University of the West Indies, Barbados, 25th. Anniversary production.

She was Co- Producer of her CD “Janice Millington Plays” – 1997-1999. The first and only classical piano album released by a Barbadian female .
Released in October 1999]

Janice’s appreciation as a person and musician starter at Queens College with an award in 1965 for Public Spiritedness. .

The National organization of Women, and The Bureau of Woman’s Affairs also recognized her contribution.

In 1992 the Harrison College Old Scholars Scroll for Excellence explained her contribution for 21 years – youngest, first and only female recipient.

In 1999 Janice was Awarded National Independence Honours, Silver Crown of Merit
[SCM] for Contribution to Music Education and the Development of Barbados.

Internationally, Janice has been recognized by the United Nations and Bartlett Contempories USA

In 1984, she was listed in the Who Is Who of Women, International Biographical Centre, Cambridge

In 1997, Janice received the honorary award of ARAM – Associate of the Royal Academy of Music [London ] and in 1999 was Invited to become Deputy Governor[DG] of the American Biographical Institute, U.S.A.

The American Medal of Honor for contribution to music education and
Performance, American Biographical Institute, USA.

This dedicated and committed musician continued teaching during the late stages of her illness and even entered students for the Associated Board Practical examinations.
There were no failures.

Janice continues to be remembered by many who she influenced:-

2006 The Consul General of Barbados in New York, Miss Jessica Odle, in association with the Babados Community College, established a music scholarship, the Janice Millington Scholarship.at BCC – this offers an opportunity for talented students with the correct attitude to pursue a degree of music overseas

2014 March 8th – Harrison College PTA presented the first Mosaic at the Frank Collymore Hall in memory of Janice – this was a fund raising effort in support of the music department.

This tribute is to a renowned musician, educator, teacher, performer, producer and arranger whose aim was always one standard – excellence 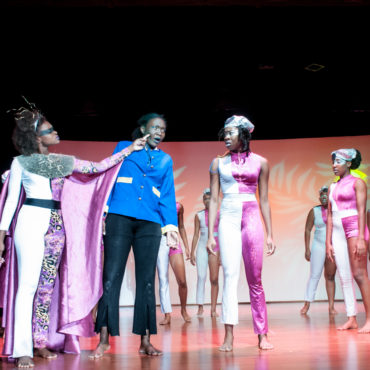 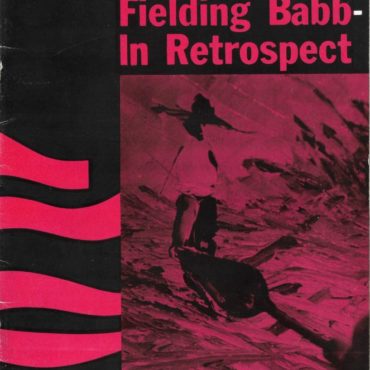 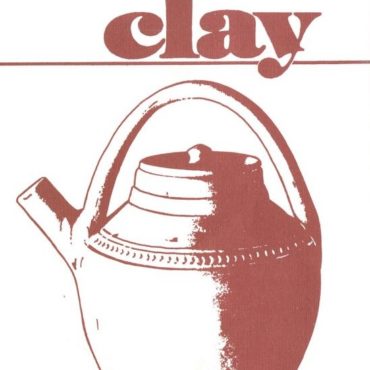