Join our Crop Over Calendar

The Crop Over Story 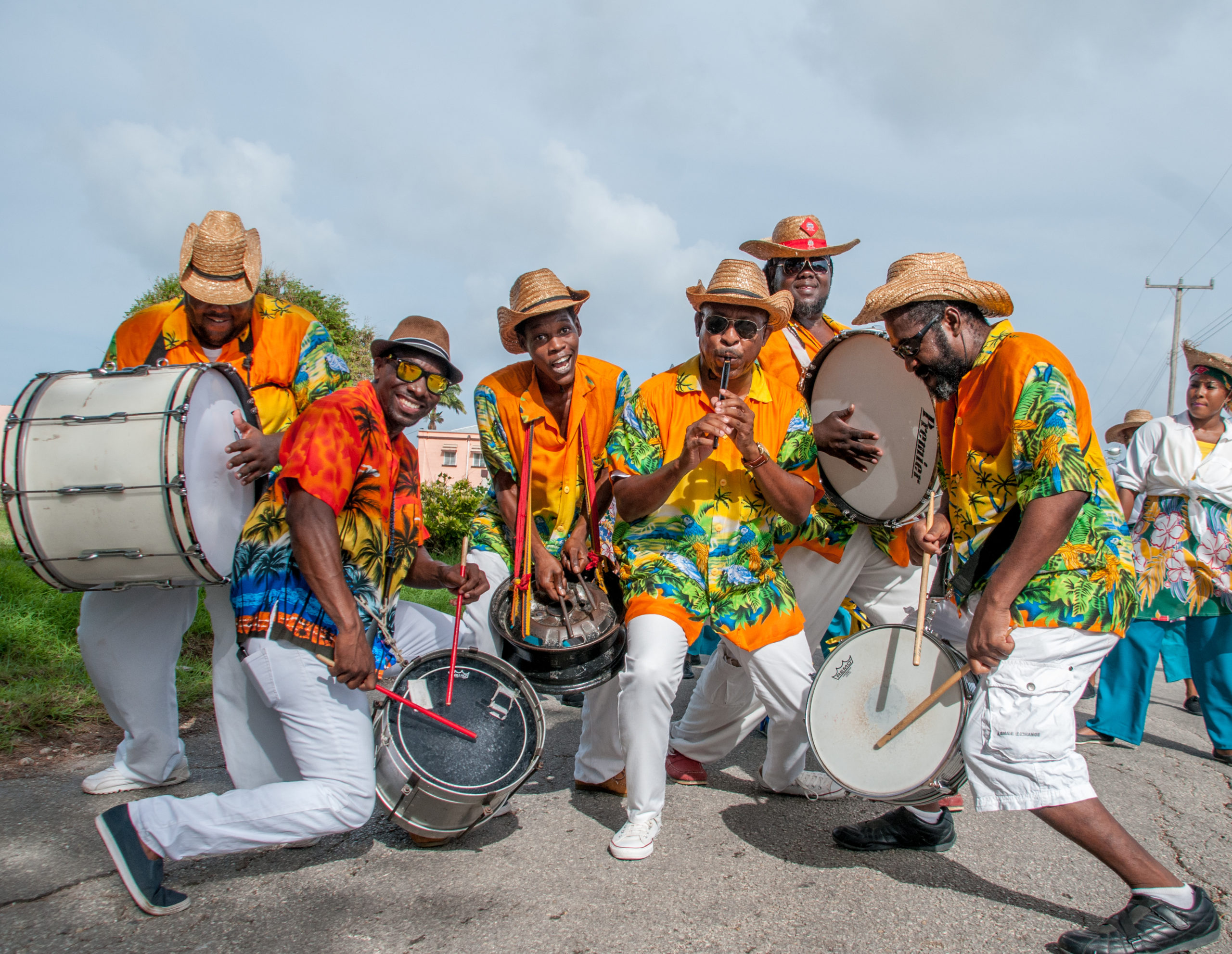 The Crop Over celebrations that took place on the plantations dwindled in the 1940s after the Second World War when the demand for sugar lessened and a number of plantations on the island closed.  But contrary to local myth, they did not die out entirely. Research done by Dr Marcia Burrows (2011; 2012) at the University of the West Indies reveals that it did not die out entirely.  In fact, oral accounts tell of vibrant celebrations over the years.

Through its Crop Over Oral History Project the NCF spoke to former plantation workers of the 1950s and 60s who shared their experiences cutting the last canes and of Crop Over celebrations during those times.

In a continuation of these plantation activities, the Junior Chamber of Commerce-the Jaycees began to stage an annual carnival at Kensington Oval.  This ran from 1958 until 1964.  The event comprised float parades, masquerade bands, calypso contests and beauty pageants. But this Trinidadian type carnival did not gain much popularity at the time and was soon abandoned.

During the 1960s Barbados, like its Anglophone neighbours, was seeing the dawn of constitutional independence from Great Britain.  At the same time, the atmosphere was charged by the Civil Rights Movement in the United States and Pan-Africanism, as an organized movement, was beginning to gain traction. Both had major impacts on the local cultural landscape and would see the rise of Black nationalism across the region.

In the 1970s, Government determined that there was a need to attract more international tourists to the island during the summer months.  Public Relations Specialist with the then Barbados Board of Tourism, Julian Marryshaw, set up a Crop Over Committee with the mandate to revive the island’s summer festival. It is widely believed that Marryshaw was inspired by the concept after discussions with cultural stalwart and activist Elton ‘Elombe’ Mottley, who had conducted research on early plantation Crop Over and had shared his findings with other members at the then thriving cultural action group, Yoruba Yard.  Marryshaw attended several of these sessions and eagerly introduced some of these ideas into the newly rebranded festival.

These early Crop Over events encompassed plantation fairs, court yard folk concerts, beauty pageants, and barge shows in the Careenage, featuring local, regional and international artistes.  At the time, several public intellectuals and commentators argued that these events excluded locals and that they were elitist in nature, appealing only to tourists and the upper classes.

The Decorated cart parade was a notable exception. Introduced in 1974, initially it was the hotels that provided the floats.  In the years that followed, and indeed under the NCF the event grew to include the participation of local designs.  But it was clear from the inception that Barbadians meant for it to belong to the people, as it did during the days on the plantation. Oral histories recall that the revival of Crop Over with the introduction of the donkey –cart parades brought the crowds out in their thousands.

In 1983 the National Cultural Foundation was established and has been conceptualizing and producing the festival ever since.

Under the National Cultural Foundation there have been many initiatives that emerged and evolved as part of the festival over the years. The revival of the Crop Over Festival has also been important to calypso, and calypso has been at the heart-beat of the festival. Crop Over brought new and experienced artists together on the national stage; names like Gabby, the late Romeo, Destroyer, Viper, Grynner and Lord Dragon, among others; while some of the newer calypsonians like Red Plastic Bag, Ras Iley, Adonijah, Young Blood and Johnny Ma Boy,  Minister of Culture, Hon John King launched their musical career during the Crop Over Festival.

In the early 80s, there was an emphasis on the folk aspects of Barbadian culture with events such as the Bajan Culture Village, the Crop Over Promenade and Cohobblopot.  The Promenade, for example, harked back to the Civic Day Exhibition when thousands would congregate in Queen’s Park in all their finery. At the Cultural Village and Plantation Fairs patrons were exposed to a range of performances in music, folk singing, dance and theatre and to social art forms that tell the story of our heritage, eg, Sticklicking, the Landship, Storytelling and Warri. Local craft and fashion sectors were thriving and these outdoors family oriented events provided opportunities for local artists and artisans to ply their ware.  Today we feature the fine arts sector during the Crop Over Visual Arts exhibition thanks to the commitment of the Central Bank of Barbados as well as the ever popular Art Supermarket.

Literature and theatre and the performing arts also saw a transformation.  Until recently, they were featured at the Crop Over ‘Read In’ that highlighted the literary works of local scribes; and, the Folk Concert, which became the musical theatrical Evening of Folk in 2012, and was staged in commemoration of the 1937 Labour Riots in Barbados.

But the dramatic arts are not new to Crop Over.  For a few years, the NCF included the Plantation Feast, a culinary event with an engaging theatrical heritage component staged at Sunbury Plantation.

In 2012, the Heritage By Night Walking Tours and in 2015, the Heritage Bus Tours: both centred on telling the diverse stories of Barbadian heritage and the innovative use of theatre.  The response from the public to these events has been overwhelming signaling the people’s hunger to know more about their own history and their appreciation for the creative ways it has been brought to them.

For many people, nowadays, the focus of the festival will be the private fetes as well as the NCF produced music competitions, the relative new comers to the festival- Soca Monarch or the more traditional Pic-O-De-Crop calypso competitions. Songwriters, arrangers and producers have also pushed the growth of Crop Over by contributing to the music of the festival, which has been said by many to be one of the major drivers of the season.

For others the main focus of their celebrations will be the revelry of mud, powder and paint mas’ on Foreday morning- another recent addition to the festival – or Grand Kadooment with its extravagant costumes, glitter, glitz and glamour, and of course  Junior Kadooment for the little ones.

Apart from being an expression of Barbadian culture and heritage, the festival has now grown into a viable commercial product generating millions to the national economy over a three-month period.

The Crop Over Festival can be considered as one of the most diverse festivals in the world: a rich mix of heritage, creative arts, parties, music and masquerade. It was an exciting journey that began on the plantation and continued in a glorious mingling of tradition and innovation.

In 2020 & 2021, the Festival was cancelled because of health risks associated with the Covid-19 Pandemic.