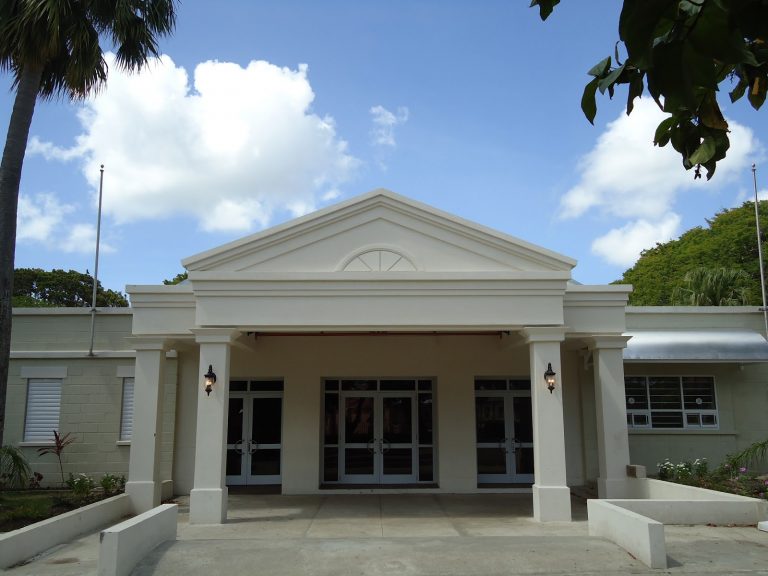 The National Cultural Foundation is responsible for three venues located in historic Queen’s Park which was opened as the only park in the city of Bridgetown on June 9, 1909 by Lady Gilbert-Carter, wife of the Governor at the time, who also designed the Park.Since the opening of Queen’s Park in 1909, the Steel Shed has evolved from storage space to the ‘peoples’ space’. It served as a meeting place for the masses during the 1930’s and both Grantley Adams and Marcus Garvey gave seminal speeches in front of mammoth crowds there. It has been a theatre space and home to shows of all types and varieties including boxing, folk concerts and the Richard Stoute Teen Talent Competition. It is a 350 seat hall which was completely refurbished in 2010. It boasts a large stage, two air-conditioned dressing rooms, a bar, reception area and ticket booth. The space is easily accessible with ample parking available. While the venue is not fully equipped, a list of reputable sound and lighting suppliers and operators can be provided on request.