Spirituality beyond the pandemic 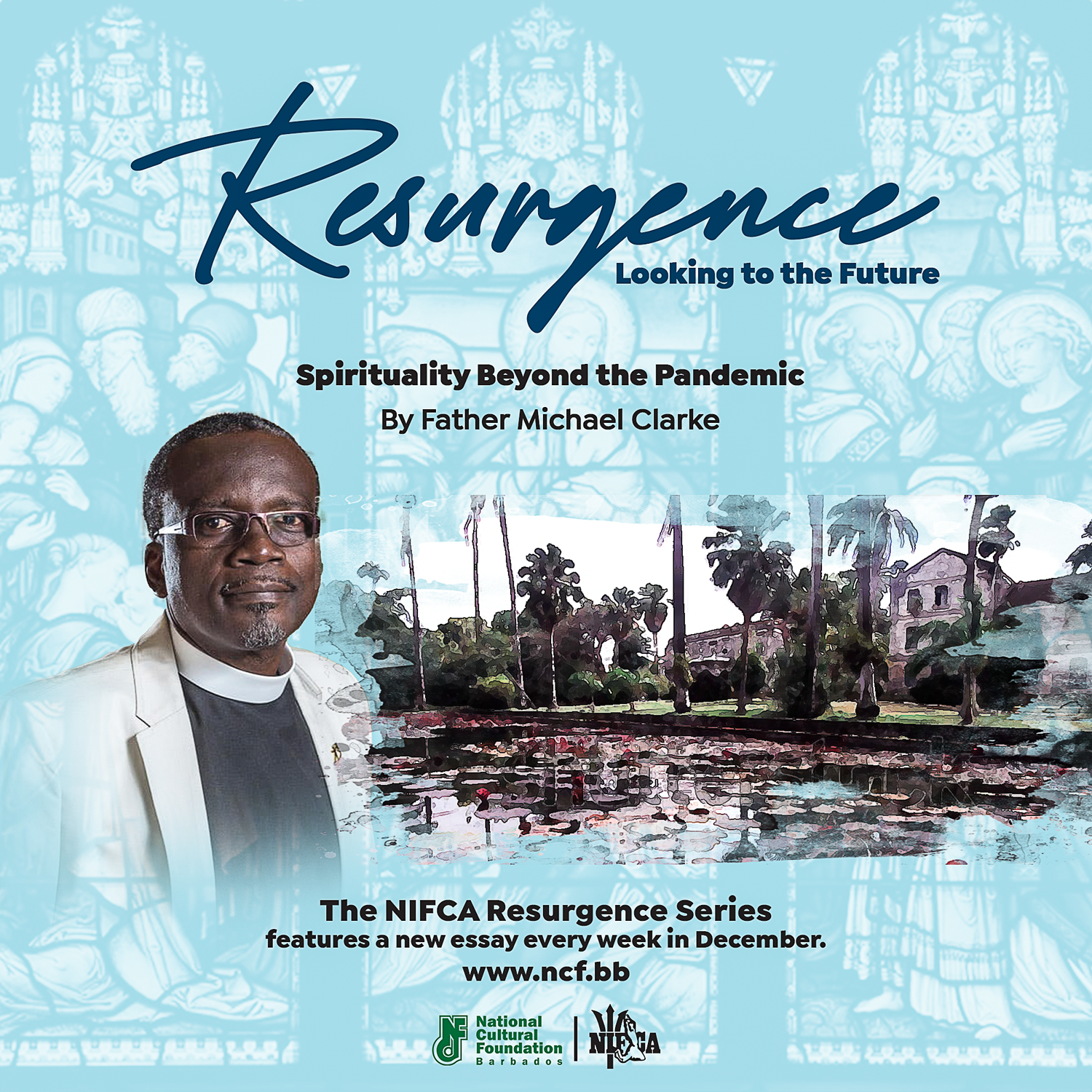 Resurgence: This series of essays curated by the National Cultural Foundation’s Literary Arts Officer, Karra Price, features the thoughts and commentaries of Barbadians immersed in various aspects of daily endeavour.

This essay examines spirituality in the context of a global pandemic.

To say nothing in our wildest imagination could have led us to dream of a pandemic at the start of what was to be an eventful year for the church, would be an understatement of mega proportion.  Having waited for that moment when we could speak of the 2020 Vision with a view towards charting a broader and greater future; having adopted the phrase God’s Gathering to describe our venture, we realised none of this was to materialise as perhaps the expectation would have been perceived.  2020 came and, with each passing day, unfolded, revealing what, in many ways, may have felt like the end times: moments when life as one knew it seemed to begin to move toward the end of what was.

Over the last 2000 years, the Christian message has morphed from a movement to become an institution and, in some ways, moved again to become a business. The message of the wandering rabbi has been taken, and rather than continuing to challenge the order of the day, has, in some respects, become the designer.

The focus has become extremely external in one sense and in another, otherworldly.  It is in the midst of this ever-changing world that persons journeyed into 2020.  However, by Palm Sunday going into Easter, we were in the throes of the pandemic.  The queen of festivals was in many ways aborted for the shutdown had begun.

The words, “Christ is risen, Christ is risen,” were not bellowed from any edifice set up for the praise and glorification of God.  The early morning trek to “the place”, re-enacting the holy women who went to the tomb, was not possible and the emptiness was felt immediately.  Voices were stifled, and all that could be done was to begin the retreat inward.  A retreat that would witness an entire world withdrawing from life as we knew it.

The question “Who are you looking for and whom do you seek?” took on entirely new meaning.  “Why have you looked outside for this Saviour of yours who in reality is not here but is within?” might very well have become the question to ask.  In this new Pascal context, the world was directed to come away.

This directive witnessed the return of wildlife to its territories, including fish and other animals, driven away from their natural habitat because of humanity’s propensity to destroy and conquer.  This normal flow of life returned in an amazing manner.  Humanity restricted to the inside enabled the rest of creation to thrive.  It was clear that there was some deeper message unfolding.

For many, this restriction was unbearable and, in some instances, manifested in abusive ways, mainly because humanity has lived outside for so long that it has little awareness of the inner journey; this was the time to journey inward and discover the world of the soul.  It was in this inner sanctuary, not made with hands, where lay the propensity for the true manifestation of life.

Hence the 2020 Vision began, not by virtue of concepts and activities, but by resting in the stillness and discovering the “knowing” present within that stillness.  It is in this context that what lay lurking in the shadows emerged.  There was little time for pausing or even facilitating those who could not keep up while racing down the highway of life.

It was, in many respects, a race away from having to deal with one’s true nature.  Busyness and stress, accomplishment and possessions were the preferred order of the day.  Spirituality found little platform, even in the context of religious endeavour.  Hidden for centuries by religion in all its many shapes and appearances, like the fish driven out from the canals in Venice, Spirituality seized this moment of pause to re-emerge to take its place in the human endeavour.

Reading and discussing spiritual authors, listening to various talks on social media as they related to the inner workings of life, and participating in numerous webinars became accessible as the internet shifted from a place of entertainment to a truly engaging avenue.  Listening to the various messages from across the world invited those who leaned towards using this time of restriction to explore an aspect of themselves that they had never considered.

Resting on the provision offered for decades, that is, the laziness of allowing others to provide what they think was needed, many lives had become lost or stagnated in the order of the day.

However, COVID and its restrictions challenged this lethargy.  Those who had deep messages, who were not concerned about ratings and drawing in the funds for their own purposes in an effort to reach their small communities, became internationally visible, and their profound messages were being discovered and heard by a world that had previously been asleep.

In this new arena, there is access.  There are no gatekeepers.  Questions long asked and often ignored are finally being answered, and answered in many and varying ways, once again reinforcing the importance of seeing what fits with the person and not being told what it must be.

Spirituality has taken on a wider and more revitalised meaning in the world.  Many new faces have emerged on the scene and many non-standard approaches are being shared.  Are all helpful? No!  Not necessarily.  There have always been the sheep and the goats, the wheat and the tares, but as suggested by the One – “Let them grow together until the harvest”.

In this way, nonetheless, those who felt stifled by what they have received have been able to breathe new air.  Many are beginning to follow teachers from way across the other side of the world.  Teachers who would hardly consider themselves world leaders but simply because of this crisis have become visible.

A new label has emerged over the past few years: Spiritual But Not Religious (SBNR).  This term was lumped into the category of New Age and scoffed at by many in religious circles who failed to understand what those who took this path were saying and what they were desirous of finding.

In this new time, SBNR is seemingly making greater sense to many who no longer depend on the opinion of others but can listen to the content and see for themselves the benefit of exploring their journey.

That COVID has made a drastic difference in the spiritual lives of many is a reality, and it is a welcomed one.  We thought we lived in an information age prior to COVID, but much of that information, while somewhat present, was still not readily available as many still relied on the major avenues of information dissemination.  Post-COVID, it is the unofficial sources that have multiplied exponentially and are offering information more intentionally.

This new access has given many who were forced to slow down and deal with their deep issues the tools needed for spiritual self-care.  Prior to this time, we focused on communal response, however, it is the personal encounter and deepening of faith and spiritual awareness that leads to communal wholeness.

The pandemic has given us “permission” to care for ourselves.  There is still more to come. Even as stories emerge about the agendas behind the pandemic and the effects the protocols are having on persons who complied, spiritual awareness is creating a growing concern for the well-being of the individual, mind, body and spirit.

How we treat our bodies, who we give access to our bodies, are factors derived from a growing spiritual awareness, for as  we explore our spirituality more, we are also becoming more concerned for the temple within which that spirit dwells. 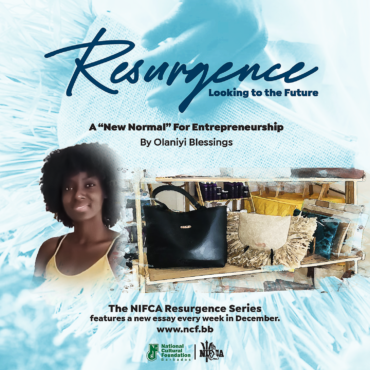 A new ‘new normal’ for entrepreneurship

Resurgence: This series of essays curated by the National Cultural Foundation’s Literary Arts Officer, Karra Price, features the thoughts and commentaries of Barbadians immersed in various aspects of daily endeavour. This [...] 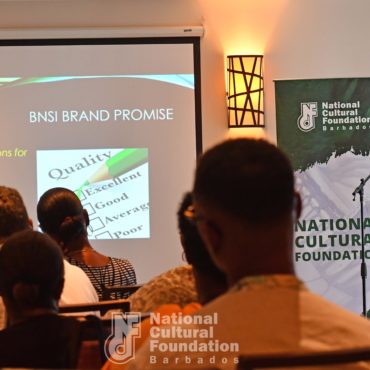 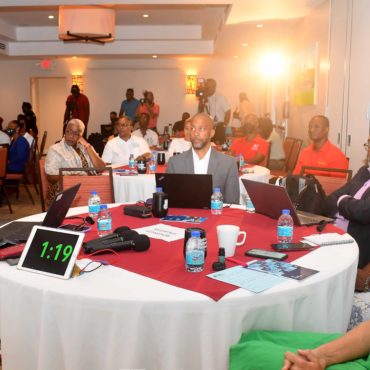