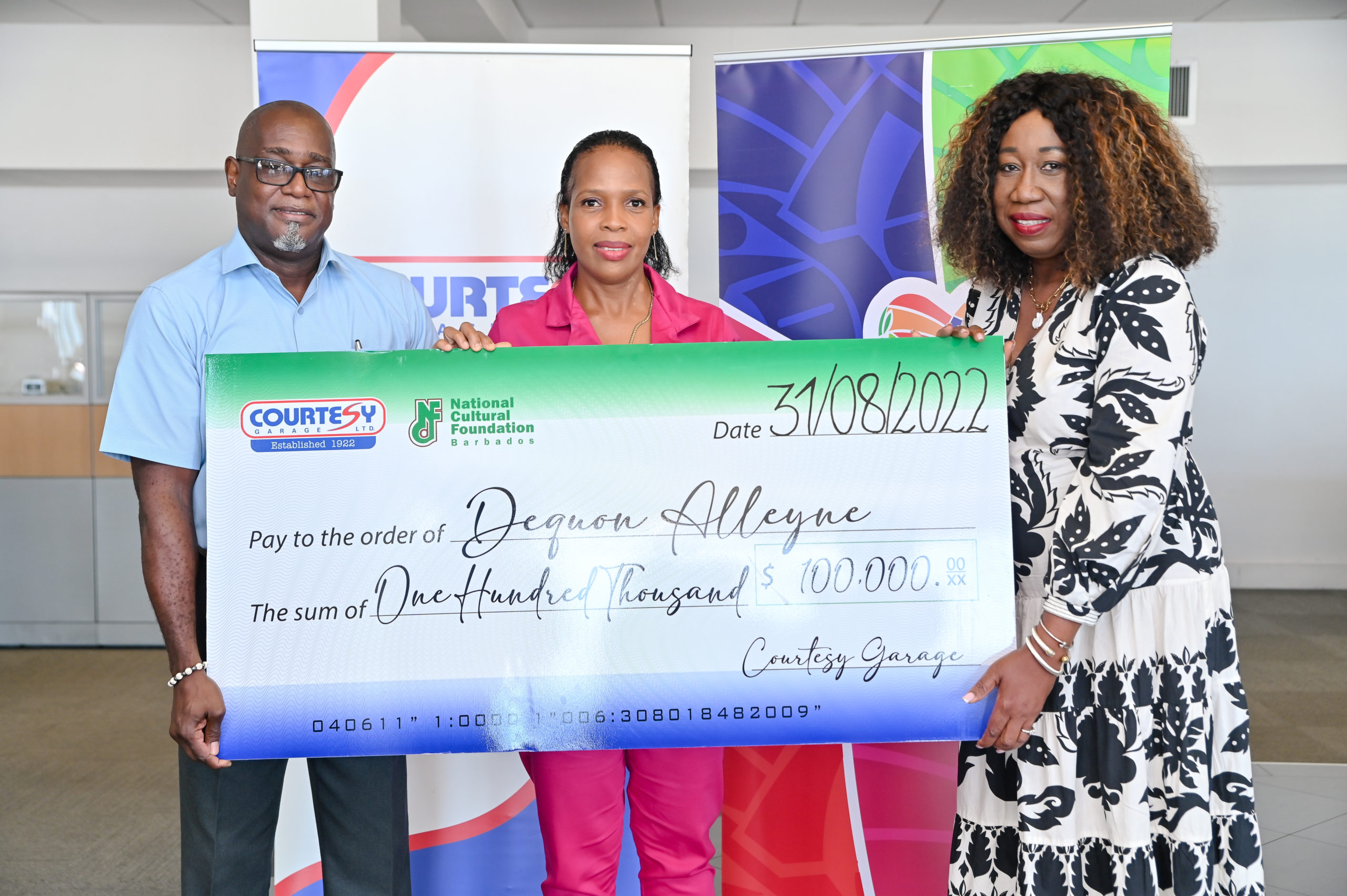 Prizes won in the Courtesy Garage Pic-O-De-Crop Finals and the Grand Kadooment Day Tune of Crop were presented Wednesday, August 31.

Calypso Monarch Quon, who was given the choice of Nissan Leaf or $100 000 in cash chose the latter. While Quon is overseas on an exchange pursuing part of his studies, his mum Tania White received the cheque on his behalf. Quon was crowned calypso king beating out a field of 17 others with his song Animal Kingdom.

For the second consecutive Crop Over festival, Water Street Boyz copped the Best Song Writer of the Festival Award.

In 2019, the duo of Cheyne Jones and Ian Webster (iWeb) wrote four of the songs in the Finals while this year they penned five. They received $1 000.

Renowned musician and teacher Roger Gittens won Best Arranged Song of the Festival Award for his work on Dear Lord song by iWeb. He also received$1 000.

Best Nation-Building Song was awarded to John Yarde for his song I Will Remember. This prize earned him a trophy.

There was a tie for third placeand that position was shared between Saddis singing Nothing On You and Jagwa The Champ with Animal. They both won$2 000 each.

Saddis is overseas, his manager Ingrid Holder of Live Wire Entertainment collected the cheque for him.

The Tune of the Crop prizes were presented by NCF CEO Carol-Roberts-Reifer and Grand Kadooment Day coordinator Aja. (PR) 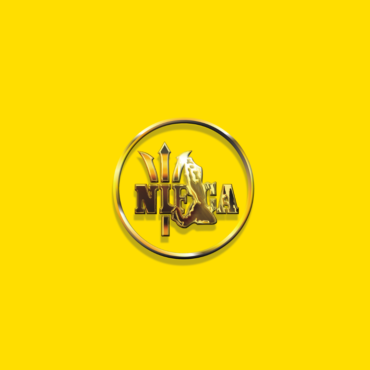 The National Cultural Foundation is inviting artists to a series of three NIFCA Town Hall Meetings to share in the discussion of Re-discovering our National Independence Festival of Creative Arts. [...] 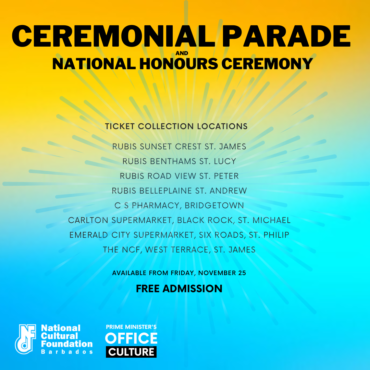 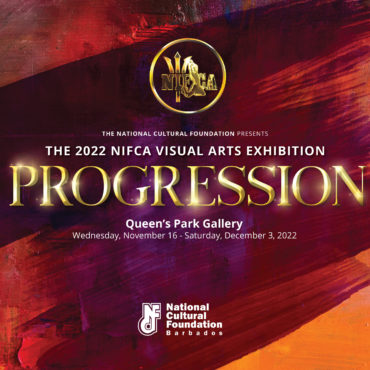