NIFCA has been a developmental breeding ground for many of the young musicians in Barbados, so says the Cultural Officer for Music, Mr. Ronald Davis.  “Many of the participants enter the Digicel sponsored NIFCA Music discipline annually and you are therefore able to see their growth developmentally not only in a particular year, but as compared to where they were over a given period of time,” he continued.

What is great about this competition is that participants have an opportunity to get the judges’ critique before they enter the final stages of the competition so that they can improve on or tweak their performances.

Davis mentioned that about a quarter of the entries this year were original songs.  The NCF continues to encourage and reward the creation of original music with the Jackie Opel Prize for the individual or group with the best original piece.  The introduction of this prize he noted brought with it a heightened interest in creativity, arrangement, and composing that in the long run could only augur well for the future of the local music industry.

He commended Digicel for their commitment to the Music art form and to NIFCA night.  Their investment ensures that the NCF can showcase the talent within these shores to local audiences and to the world.

This year there were 51 entrants with over 87 songs, 37 of which have made it to the final stage scheduled for tomorrow Sunday, November 4 at the Frank Collymore Hall at 7:00 p.m.

Barbados Institute of Management and Productivity (BIMAP) has rejoined the National Independence Festival of Creative Arts (NIFCA) family with a two year investment in the performing arts and culinary arts [...] 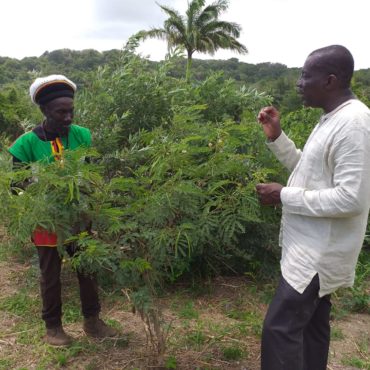