The usual sporting complex of the Garfield Sobers Gymnasium was transformed into a culinary arena and marketplace last weekend, November 13-15, 2015 when the Roberts sponsored event in association with Caribbean Cuizine tagged a Three-Course Weekend, got underway.

This rebranded arena and marketplace gave the public an entire weekend to interact with some of the best emerging Chefs and Culinary Entrepreneurs on the NIFCA Culinary landscape.  It also emitted tantalising aromas and offered treats to tempt the public’s taste buds from a variety of award-winning NIFCA 2015 exhibitors, with their array of 100% locally produced products on sale, especially those from the Culinary Arts discipline.  Also available in the exhibition space was product sampling from sponsors, along with fresh fruits and vegetables for purchase in the Farmer’s Market.

The appetizer in the first course on Friday, November 13 focussed mainly on schools during the morning sessions.  The students in attendance sat in on Workshops giving tips on knife skills facilitated by Chef Glenroy Alleyne and the teaching of the rudiments of making unique ice creams like the sweet potato flavour on offer from Marion Hart (MBE).  In the latter part of the evening the Mixologists stirred it up in a battle for bragging rights where Ryan Adamson walked away with The Dining Club Group of Companies Award for the most outstanding professional in the Bartending Competition, $1000 cash and a trophy.

For the Entrée on the second day, Saturday November 14, the Three-Course Weekend served up a Celebrity Showcase with appearances from a variety of persons across the

diplomatic, business, broadcast and cultural communities, along with the semifinals of the Professional Chef Cook-off and the Best Bajan Cook.  In the Celebrity Showcase the ‘wannabe’ chefs invited, put their flair on some interesting and exciting dishes for patrons to enjoy.  In this fun component, Marcia Weekes, Filmmaker and also Director of the Praise Academy of Dance, took the most popularity votes for her Honey Ginger Chicken, followed by Her Excellency Wang Ke, Ambassador of the People’s Republic of China to Barbados, with an array of Chinese delicacies and the 2015 Pic-O-De-Crop Calypso Monarch, William ‘Classic’ Waithe with his dish Something’s Fishy.

The “Kitchen Heat Stadium” was ablaze with a heated semifinal between the Professional Chefs that saw two finalists Trevon Stoute and Nathan Crichlow advancing and a nail-biting race between the Best Bajan Cook contestants that took Susan Taylor, Jamelia DePeiza, Kerry-Ann Walters and Kerry-Ann Johnson into the final round.
The Roberts NIFCA Culinary Arts Arena & Marketplace in association with Caribbean Cuizine came to a close with a delectable Dessert course on Sunday, November 15 which included Chef Edey’s sumptuous Feast and the finals of both competitions where Professional Chef, Trevon Stoute and Best Bajan Cook Kerry-Ann Walters, a returning participant who placed second in last year’s competition, emerged the winners.
As well as her gold medal, Best Bajan Cook winner Kerry-Ann Walters nabbed The Enid Maxwell Award with a $2000 cash prize and a trophy presented for the most outstanding gold awarded entry scoring 95% or higher along with a trip to New York compliments Jet Blue.
In addition to the main sponsors Roberts Manufacturing and Caribbean Cuizine, this Three-Course Weekend was also supported by the Barbados Agricultural Development and Marketing Corporation (BADMC), Farmer’s Choice, Island Ice, the Barbados Tourism Product Authority (BTPA) and Divi Southwinds.
Last year, the National Cultural Foundation (NCF) revamped the traditional NIFCA Culinary Arts showcase to put Culinary Arts under the spotlight and to creatively enhance the profile of the discipline.

Official Opening of the NIFCA Exhibitions 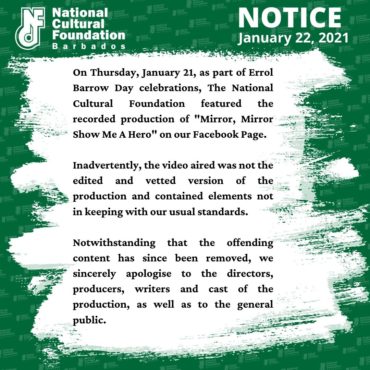 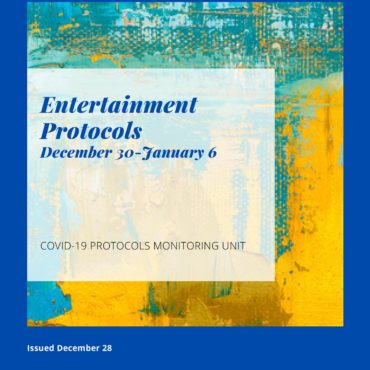